We use cookies to improve our services and user experience. By continuing to browse, we consider you agree to their use. More information here. 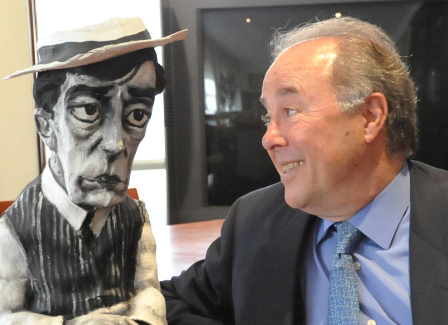 Well Buster, dear friend, I have always believed in Kabbalah, perhaps because this esoteric world has been related to Judaism and the Essenes for centuries and also very close to our German roots of Hebrew origins.

Kabbalah leads you to the tree of your life and thus matures your knowledge which, in one way or another, is a synonym for freedom.

On some occasions I have published my monologues which, with your usual silences, was a perfect therapy to overcome the bad and even the good in my personal or professional life.

Kabbalah discovered to me years ago that my life lesson number is 6. It is curious but numerology acquired for me, an enormous meaning.

I founded MCS 35 years ago, and with the last three years came the political plague and an evil virus that massacred thousands and thousands of people on five continents.

Your country was scourged by a President who hung his miseries on it as ridiculously as his ties. Journalists, my colleagues, struggle for a living and some have sold their souls and their pens, well now their computers, to those who have made politics their profession. Most of them are ridiculous, uneducated, eager to receive a good salary for nothing.

But I am a 6, I started from scratch with great effort, I founded more than one company, I risked what I didn’t have and much more. I have a solid family with children who are in love and very prepared for their respective careers.

I am a 6 and I want to give up? What will my few but great friends think if I give up? My wife, the architect of our family and so much more, will she understand if her 6 closes the door on her way out? She may hesitate, but it would only be for a moment.

But yesterday, while browsing through the thousands of books in our library, I discovered a copy published when your Buster was barely 28 years old. The Kabbalah once again knocked on the door of 6.

The work was published in 1923 when the Barcelona Daily Press Association published number 1 of its Yearbook. You will see on the cover that it reads “Lives of Illustrious Journalists“. At the time, Eugenio de Ors, my maternal grandmother’s cousin, presided over the then worthy institution. But how did this ancient book appear yesterday, stored among so many? There is only one reason: it must have belonged to my uncle Francisco Ors, a journalist at La Vanguardia who had the honour of looking after that newspaper while the Civil War occupied the city and the owners of the newspaper were living in Portugal.

The texts, written in both Catalan and Spanish, are a historical compendium of the journalism of the time, starting with Pi y Maragall.

But I would like to highlight from Eugenio de Ors’ speech when he inaugurated the Gallery of Illustrious Journalists, Juan Mañé y Flaquer, José Ixart and Miguel de los Santos Oliver, a unique phrase for the new generations and very topical:
“If in the noblest sense of the word, a journalist is a teacher, an educator of adults, there are three educators here, three teachers engaged in a long reformist work on the bourgeoisie of Barcelona.”
Of course, no?….

My uncle did his job and did not leave La Vanguardia. He was responsible. I didn’t know him, he died very young, but thanks to his widow, my aunt Pepa, I am a journalist.

Buster, I am a 6 and the Kabbalah will help me. I must go on. I will not give up. A 6 is responsible. Even if it’s a random July. 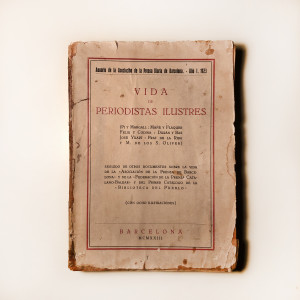